London based Cameroonian film maker Goretti Etchu-Egbe will on Friday March 4th 2016 at the Odean Cinema In Greenwich launch her much anticipated film titled simply “Woman”.

The events on the night will kick off at 9 pm with the traditional red carpet arrivals and photo shoots with stars of the film. At 10pm there will be cocktails and entertainment before the screening proper that will begin at 11 pm.

Written and produced by Goretti, the film will feature actors including Epule Jeffrey, Joe-Richard Pook, Charlotte Gobina, Ruth Nkweti and Goretti herself.

The film examines two conflicting relationships and is primarily about “love, Lust and betrayal. You wil need to attend the premiere to know how the two couples resolve or fail to sort their complicated relations.

Goretti is a passionate actress and producer. She cut her teeth in film production 12 years ago when she relocated to Nigeria. she has since written and starred in many films 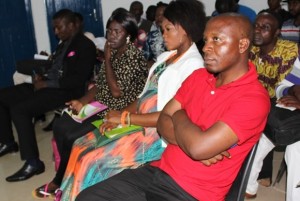