Jul 1, 2018
francisngwa
Uncategorized
Comments Off on No Knives, Saves Lives Campaign Kicks off

A four man crack team of Liverpool based charity Citizen Outreach Coalition (COC) hit the centre of Liverpool on Saturday June 30 2018 in the launch of its anti-knife crime campaign; “Knives Ain’t Trendy. Avoid them”.

Thanks to funding from Big Lottery fund, the campaign is aimed at sensitizing people on why knives should remain in their kitchens and should not be used as offensive weapons that wound and kill people. More than one hundred T shirts and hundreds of anti-knife crime flyers were given out to members of the public who had time to stop and listen to the officers from COC.  The COC officers talked passionate about the negative effects of knife crimes on families and the community.

Michael, a man in his late twenties from Crosby stopped by and showed wounds he had substained from knife crime following numerous attacks on him. He thanked COC for the campaign. “This should happen throughout the country and not only in Liverpool”, he said. An Office for National Statistics report for 2017 quoted in The Guardian Newspaper recorded 39.598 offences involving a knife or sharp object in the year to December 2017, a 22% in crease compared to the previous year (32.468). This was the highest number of knife related offences in England and Wales since comparable records started in 2010. 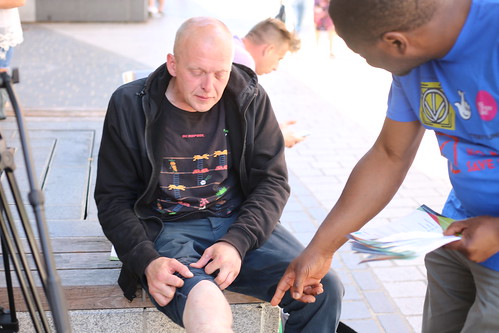 Kate Johnson 12, a student of Notre Dame Catholic College who is also carrying a her own anti knife crime campaign in school and has had more than 500 signatures appealed for a stop to knife crime. “We can try and end Knife crime in Liverpool….It wrecks people’s families and kills people. Why should this be allowed? Why do people carry knives on a daily basis? It might be to protect themselves or to kill someone. Why will you want to do that? It is wrong and it needs to stop”. COC Project Manager Francis Ngwa spoke to Kate’s mum and she promised to make contact later so the young and articulate activist could be included in future anti knife campaigns of the organisation. 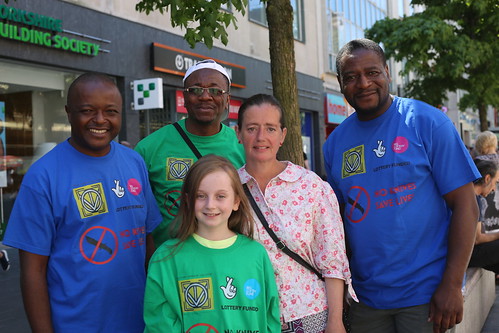 COC Volunteers coordinator Kiven Emmanuel said after the five hours City Centre Campaign; “It is quite timely because every day on radio and TV as well as in newspapers, we hear that a crime has been committed somewhere and someone has been stabbed. It is important that we came out today to educate the people and appeal to everyone’s conscience to contribute to the fight against illegal possession and use of knives”.

Young black people are disproportionately involved in knife crime both as perpetuators and victims, a point that COC General Coordinator Vitalis Tanteh did not miss; “Information is power. Every day, we hear on the news of rampant incidences of knife crimes;-people dying-particularly involving young people in their prime who are yet to taste the full experience of life….We need to make young people remember it is illegal to carry a knife and worst still, it is illegal to use a knife in public”. Mr Nji advised young people to stop bowing to peer pressure and carry knives that might just be used one day to murder them.

New to public campaigning, Stephen Chia who travelled from Milton Keynes to attend the event said after the campaign: “the fight against knife crime is something that is critical…I have seen victims of knives; the gentleman who showed me scars on his head, scars on his body, that is a true story that knife crime is something that is living with us today. There is a need to continue to educate, to continue to advocate and tell people about the violent use of knives; that it is not good especially with young people”.

COC will be organising more street sensitization events and workshops with mainly young people to continuing advocating about the need to stop knife crime in the coming weeks and months. 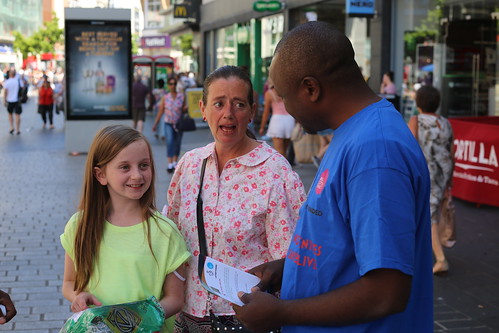 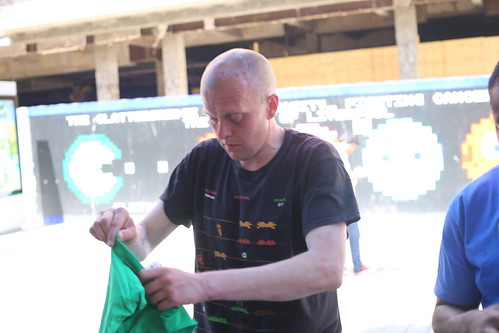 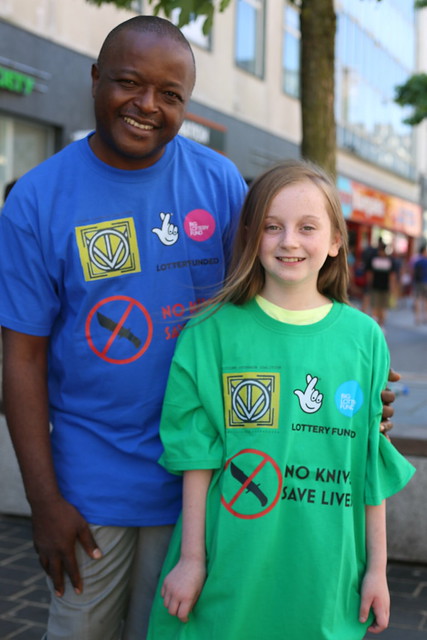 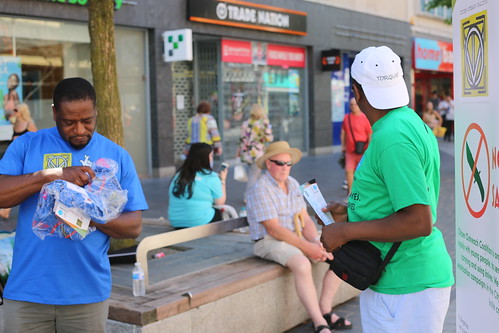 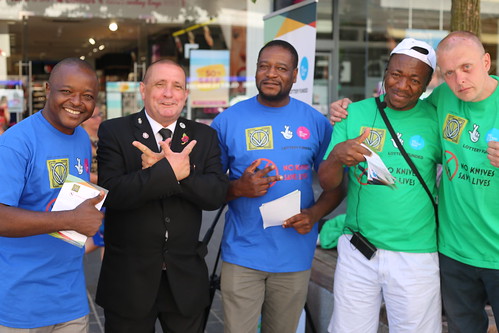 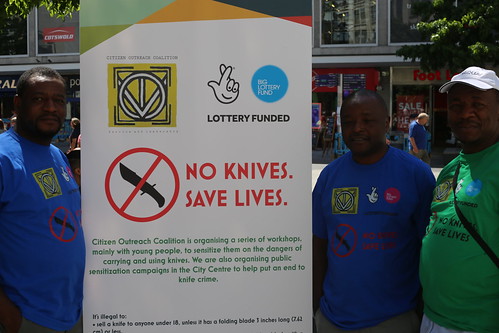 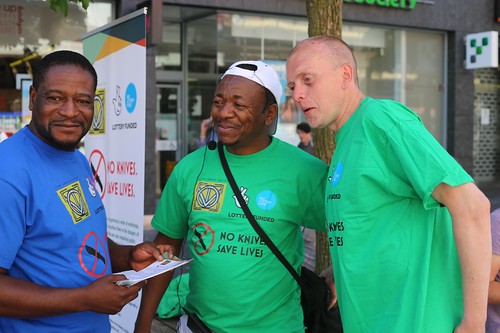 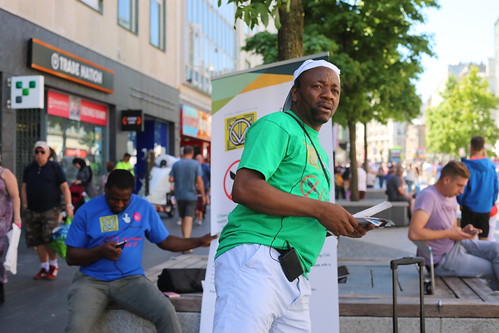 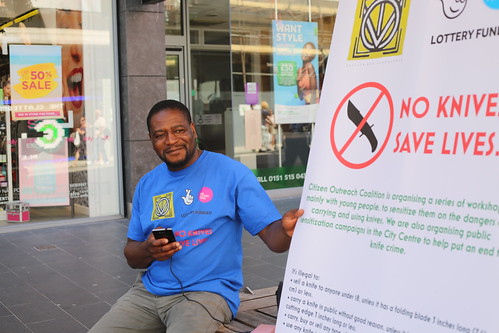