The Venue was the Liverpool Grange Street location of the Somali Community centre, the date Sunday April 5 2015 and the event, another workshop organized by Charity Organization Citizen Outreach Coalition (COC) on Crime prevention.

This was the second of a series of workshops on and about the Criminal Justice System (CJS) sponsored by The Big Lottery Fund mainly targeted at Youths and migrants to the UK. 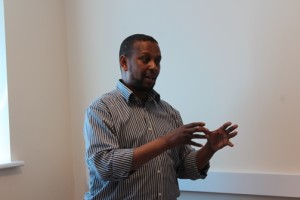 Youth worker and one of the speakers Ahmed Ali Dualeh told the almost 30 participants the event was timely because most migrants who arrived the UK did not know unlike in their home countries, the UK justice system was fair, equitable and treated everybody equally. He said a criminal record for something as minor as shoplifting or a drunk driving conviction could seriously affect a person’s career prspects and ability to visit soem countries including the US.

One of the participants Ousman Adams welcomed the COC initiative to teach Migrants and young people about the criminal Justice system because as he put it “…ignorance is no excuse from the law”. 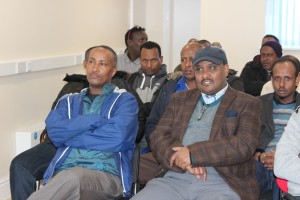 Vitalis Tanteh, COC Treasurer and main organizer said they will be organizing more workshops and lectures in some hostels and colleges and hopes many more people benefit from the initiative.

As part of the organization, he said 8000 flyers on crime prevention had been printed and were presently being distributed across Liverpool so that the event should have aa massive impact among Liverpool residents. 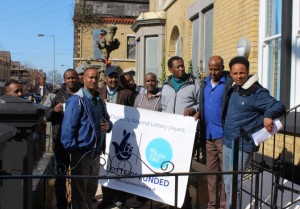 Participants at close of workshop