The Powerhouse Foyer, a hostel for homeless youths with support needs in Liverpool was the venue of another workshop centred around the criminal justice system and how to stay out of trouble on Wednesday April 15 2015. 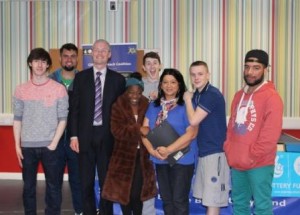 Organized by Citizen Outreach Coalition and funded by the Big Lottery Fund, the workshops are aimed at mostly migrants and young people as a crime prevention measure.

The workshop started off with participants watching a 14 minute video Youtube video titled Journey Through the youth Justice System .  The film depicts the story of a teenage boy who is caught stealing to fund his drug habit. It chronicles the steps the Youth Justice System takes including, preventing re-offending and making the offenders learn their mistakes appropriately and deal with the following consequences. 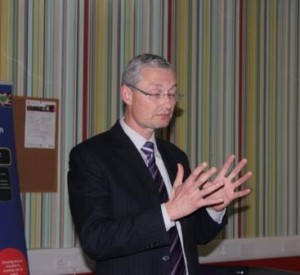 After watching the film, the main speaker Solicitor Paul Grant explained the functioning of the criminal justice system (CJS) in the UK particularly in the way it affects youths.. He reiterated the different ways the CJS treats young and adult offenders emphasizing that the system was mainly geared towards preventing re-offending.

The young boy in the film initially denies accepting responsibility for his crime but when he realizes the enormity of his offence later pleads guilty and is treated humanely and does not get a custodial sentence.

“It is very easy to get a criminal record so you should take exceptional steps not to get in trouble because this could blight your chances in Life”, Mr Grant told the participants. Deliberations ended with a question and answer session.

Most participants later said they were impressed with the presentation and definitely learnt a lot about criminal justice and how it affects everyone, including youths. Below are some of their reactions.

I learnt a lot more about what a barrister does and I suppose what magistrates also do. I thought judges were higher than all of them actually were and they needed to study to a much higher level and went through a professional system  etc but they are actually a lot of common everyday person who will be sitting on top of that high chair. 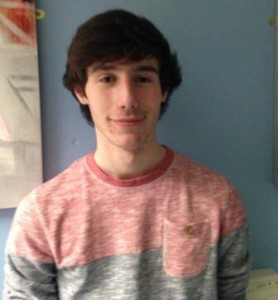 That is one of the things I had no idea about before this workshop and that was very interesting. It has also raise my interest to want to research more onto the academics of law and find out what qualifications are required for oe to join the profession which I really like

I learnt quite a lot about violent crimes and how the law can handle them especially when young people are involved. I think there are definitely parts of the law that have to be changed in the way they treat offenders.  The speaker did explain some of the problems with the system and why and how they in the profession expect some changes in the future.  It was interesting because he explained some aspects of the law he agrees with or disagrees with.

I would have liked to learn more about the way before should act immediately they are mugged on the treat. Also, a lot of people need to know what their rights are. This is because there are many situations out there  where people get stopped by the police and they don’t know exactly what to do or how to behave. If they knew all their rights, they could respond approximately. A workshop like this should incorporate aspects of people’s rights and obligations.

I learnt a lot about the criminal justice system and how it can sometimes be unfair especially to young people. I also learnt about laws and how they affect our daily lives. We discussed different laws including those involved when you are in possession of things like cannabis.

I watched the film that was shown with the young boy going through the justice system with Keen interest.  I think I do know much more about the law now than I did before the start of the workshop. 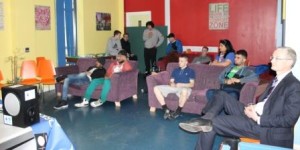 I learnt about how to be good in life and to behave well and avoid trouble. I learnt how to stay away from trouble. I don’t have a criminal record and wil try to make sure I don’t get one because the effects can be bad for anyone with a criminal record.