“What I think they should do is to just stop and think and accept, life is not fair but they have the ability to make themselves better if they choose to do so”.

Mr Thorneton-Field was speaking at the Powerhouse Hostel for young people in Toxteth, Liverpool on Thursday April 6 2017 during a workshop to fight against guns, gangs and drugs organized by Citizen Outreach Coalition and sponsored by Big Lottery Fund. 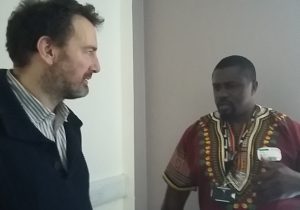 On his reaction to some of the workshop participants some of whom had been in gangs, Mr Thorneton was quite blunt. “There is a lot of anger and sense of hopelessness in the room and it is really sad they feel their life is finished at this age. Some of them have really taken on board the message. I was doing some talking with them on communications skills. Some of them really wanted to know about that and engage; others were very disruptive” he added. He insisted all the workshop participants had to take responsibility for their actions. He insisted society had in a way, failed most of the young people but that was still not good enough reason why they should not make good life choices.

Participants later watched a short film “The UK’s young reoffenders Rule Britania” which throws a spotlight on the dangers facing young people when they get involved in gang and gun crime at an early age. The film adequately portrays how this negatively influences their perceptions of life, family and relationship breakdowns and the never ending spectre of time in jail.

Some of the participants who had been gang members themselves welcomed a chance to express themselves honestly and talk about their time in gangland. David Brooks who was a gang member for five years was quite honest when he said, “I have learnt a lot about gangs and stuff and why they are not good… I had to get out of it because there was an incident that happened and my life was affected, I moved away from it. I have learnt that gangs are not good and there is no need to join one”. Lakeisha Hale is still a gang member but hoping to quit very soon. Hear her; “I know they (gangs) are not good but that is my lifestyle”. On what advice she will give to other young people who might want to join a gang, Lakeisha had this to say; “…don’t get involved with guns, don’t get involved with gangs. Don’t get involved with anything that might get you in trouble”.

The workshop ended with a Q&A session between participants and the main workshop facilitator Mr Thorneton-Field. 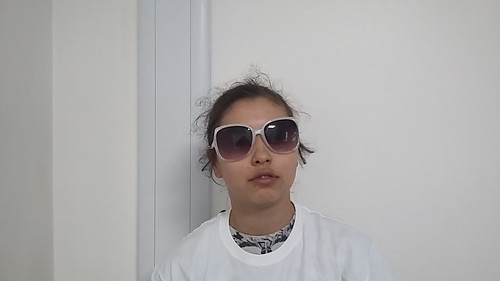 What have you learnt from the workshop?

I have learnt that it is not good being in gangs and not to take drugs because you will end up in prison.

Yes, I have been in a gang.

Well, I am still in a gang

Q. But you know gangs are not good?

Yes. I know they are not good but that is my lifestyle.

Q. So are you going to get out of the gang now?

A I am going to try to get out.

Did you go to prison because you belonged to a gang?

I didn’t go to prison but some of my mates did. I however got a criminal record.

Q. Like someone who has been in a gang, what advice would you want to give to other young people who might be tempted to going a gang?

I have been there; don’t get involved because it is no good 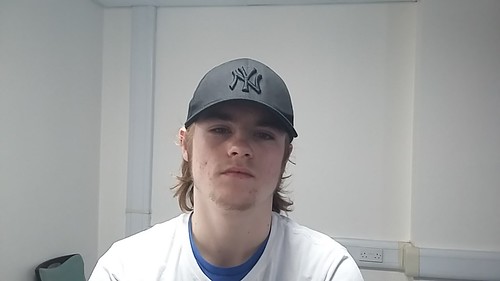 What have you taken out as a message from the workshop?

Q, Just for the record, how did you get involved in a gang?

It started at a young age. I was smoking cannabis and hanging around people I should not be hanging around with. Now that I am away from it all, I just realized it is the best thing I did to quit.

Q, What are you doing differently with your life now that you have quit this gang culture?

I just think positive now, I don’t think negative. I still smoke cannabis but I don’t smoke it too much as I did before. I will start a college course in September

Q. And the Cannabis, you can stop smoking it?

Yes, I am going to stop as soon as possible.